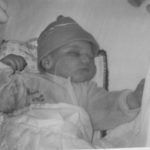 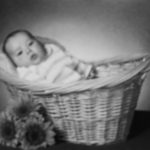 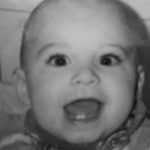 I was invited to a posnatal ceremony, called “rebozo”. This ritual is about giving back the fire element to the woman. After the labour this element is disperse and during the ritual we also meditated for the good recovery of the mother. At the end of the meditation we were pointing our palms to the lying mother and sending her light, energy!

Later on, we envelopped her starting with the head, following with the shoulders, the ribs, the tummy, the hips, the feet. Placing a foulard under her body and crossing it, tightening the body part and pulling in the other way to create the pressure for a couple of minutes and then releasing it. Finally the woman is totally carried during the session and can release any stress accumulated during the labour.

***It is important to practice this ritual with the guidance of a well-trained person.***

At the end the mother was carrying her baby and I experienced how loving mother with her child could irradiate love around her.

Besides I had the opportunity to share my own experience during labour. For my first child, I had a peridural anesthesia and I couldn’t participate consciously during the birth. For my second child, I wanted to have a natural birth and I did, without anesthesia. And for my third time I decided to deliver at home with a midwife. I had a need to give life at home, in a warm atmosphere where I could welcome my child in a more natural way.

After my first baby was borned I tried to breast feed him but at the clinic where I was staying, the nurses said that I didn’t have enough milk. I had the opportunity to be in contact with an English speaking mother’s support group and they gave me great advices before and after the labour. Then I had my family around to support me the first month.

During the second labour, at the hospital, they proposed me to relax in a bath during the contractions but at the moment of the labour, I was brought to the labour room which actually broke what I had built until that moment. I was accompanied by a female family member because my husband was far away for his job. This lady had studied to become a midwife. She became my birth coach. She gave me guidance with the breath techniques and I was fully connected with my breath which supported me throughout the contractions. The pain became lighter because I was welcoming the contractions stressless. I was surrounded by nurses but I was in my own bubble helping us, my baby and myself, going through this divine experience of giving life.

For my third child, I had a quick delivery. The fact of being home gave me trust that everthing would flow. This time my husband stayed with me but he couldn’t help much. I gave birth with a midwife and for a week I had a ‘kramzorg’ (nurse assitant) caring for me and my baby, also cooking and washing, which was a good support.

I was full of happiness that I could experienced this at home. However I would only recommend to give birth at home if you live nearby a hospital. I definitely advise mothers to request a post natal support. For more information go to http://postnatalsupportnetwork.com/

Spiritual Guidance on Tuesday 31st of May

Spiritual Guidance on the 20th of April